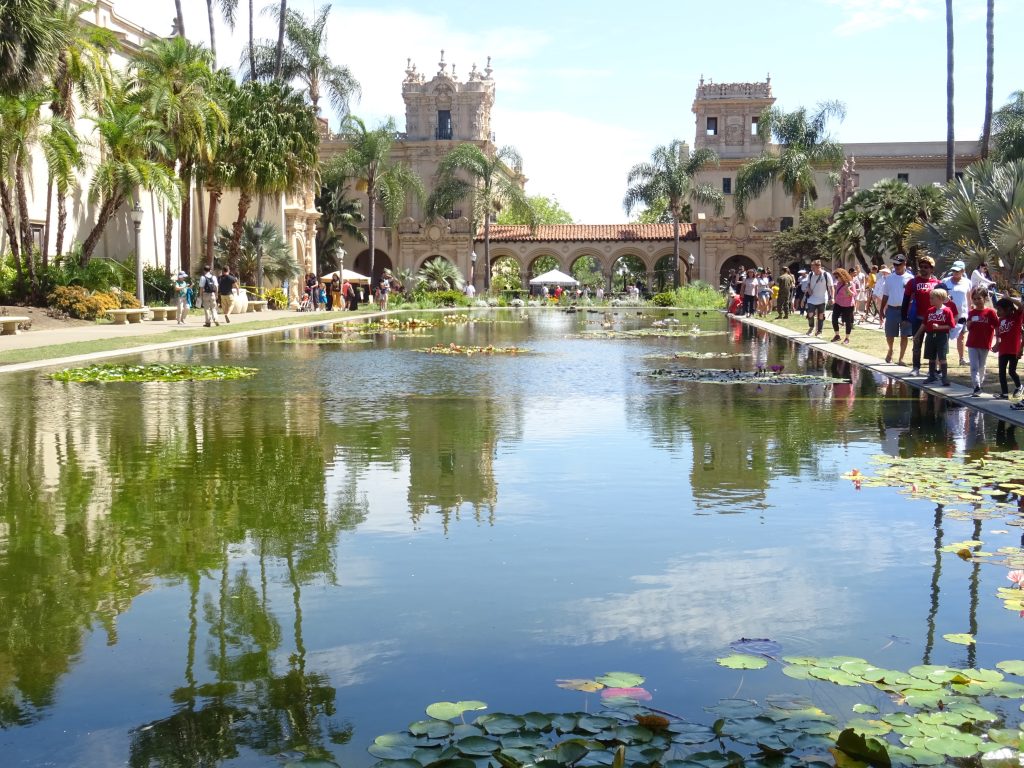 Our American road trip is off to a fabulous start, hitting the ground running in San Diego. This is a great city, often overlooked by travellers apparently, and the birthplace of California. It has lots of history (well, as far back as American history ever goes) and also is a beautiful city in many places.

We took an old town trolley tour on our first day, hopping onto and off the trolley at various points to explore the city. Highlights included some great views of the bay, a trip to Balboa Park with many museums and gardens (including a science museum that we visited – others were closed), and the separate town of Coronado. This is an interesting place that is apparently one of the top 10 child-friendliest places in the US – not sure how this is determined but we were told there are strict rules enforced, such as no smoking – at all – in the whole town, no loud noises, no scooting on the pavement, and so on. It all sounds a little bit Stepford but actually seems to do the job in keeping the neighbourhoods friendly and safe.

In the evening we went to a baseball game – my first ever and Kirsty’s second. It is an interesting game to watch, and pretty straightforward to follow, although perhaps more interesting is the between-innings interactions such as the big screens that show pictures of members of the crowd and various displays of whooping and cheering. It was a really nice stadium, and apparently one of the top 5 in the country – again, we are not sure on what criteria this is determined.

Today we explored some more of the old town, before heading out for a bit of a chill at Ocean Beach. Since then we spent a bit of time in Belmont Park – essentially San Diego’s version of Blackpool Pleasure Beach! – did an escape room and rounded off the evening with an excellent Mexican meal.

Tomorrow we leave San Diego and begin the road trip proper, calling in at La Jolla Cove to hopefully see some seals and sea lions, before heading up coast to Santa Monica and aiming to stay somewhere in the Santa Maria area.