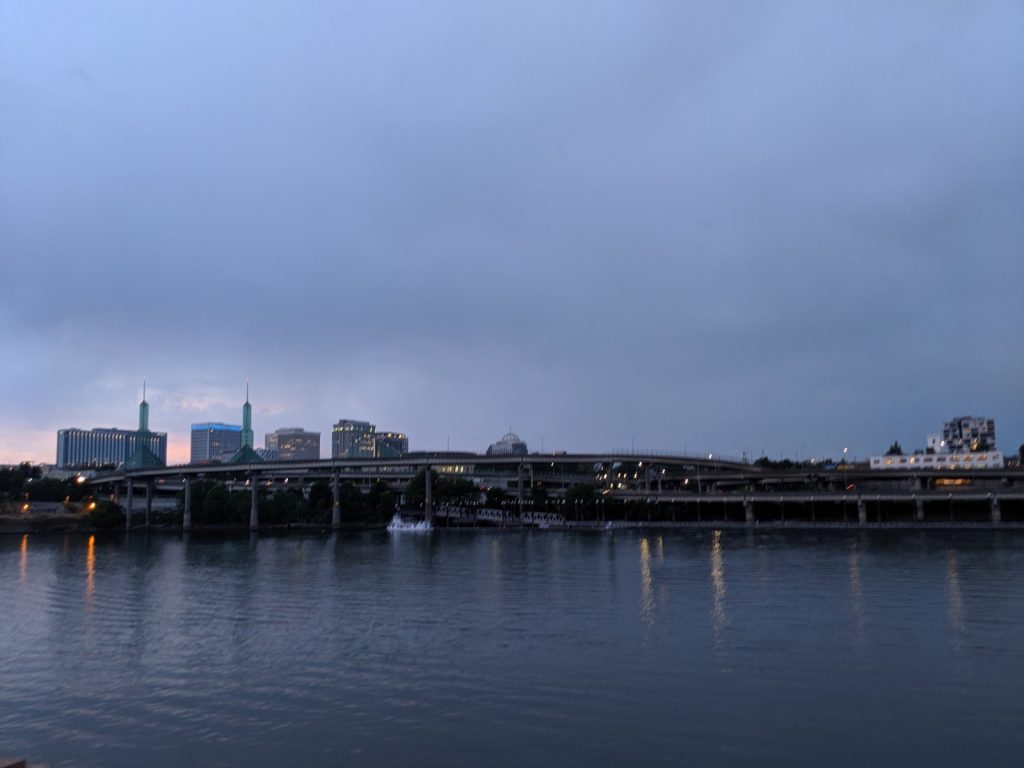 The last couple of days have been mostly travelling, having to cover many hundreds of miles through Oregon to get to Portland and then on to Seattle. We left California along the coastal road and its continuing scenery, before starting to come in-land towards the city.

Along the way there were some nice twisty roads and inclines and declines through the summits and valleys, which makes a nice change from the 5-lane interstates and busy highways. We also had the excitement of being pulled over by a cop for not stopping completely at a STOP sign – I guess it was a slow crime day that day…

We had a day exploring Portland, which is a nice, quirky city. Washington Park within Portland is a nice visit, with its own rose garden and lots of hiking trails and paths, and a Japanese Friendship Garden that we were going to check out until we realised it cost $18 to enter. I don’t need Japanese friends that badly!

Finally, we took a Segway tour of the city in the evening, which was a really good way of seeing a lot of the sights quite quickly. We had an eccentric guide, John, who opened up the tour by saying how much he loved the city and basically wants to show us everything and talk lots about it – which he did! He was extremely knowledgeable and passionate about Portland and we definitely got our money’s worth from the tour, which he extended by nearly an hour for us.

Finally, we arrived in Seattle on Saturday morning and have spent a couple of days exploring this part of the world, which I’ll update about in the next blog.