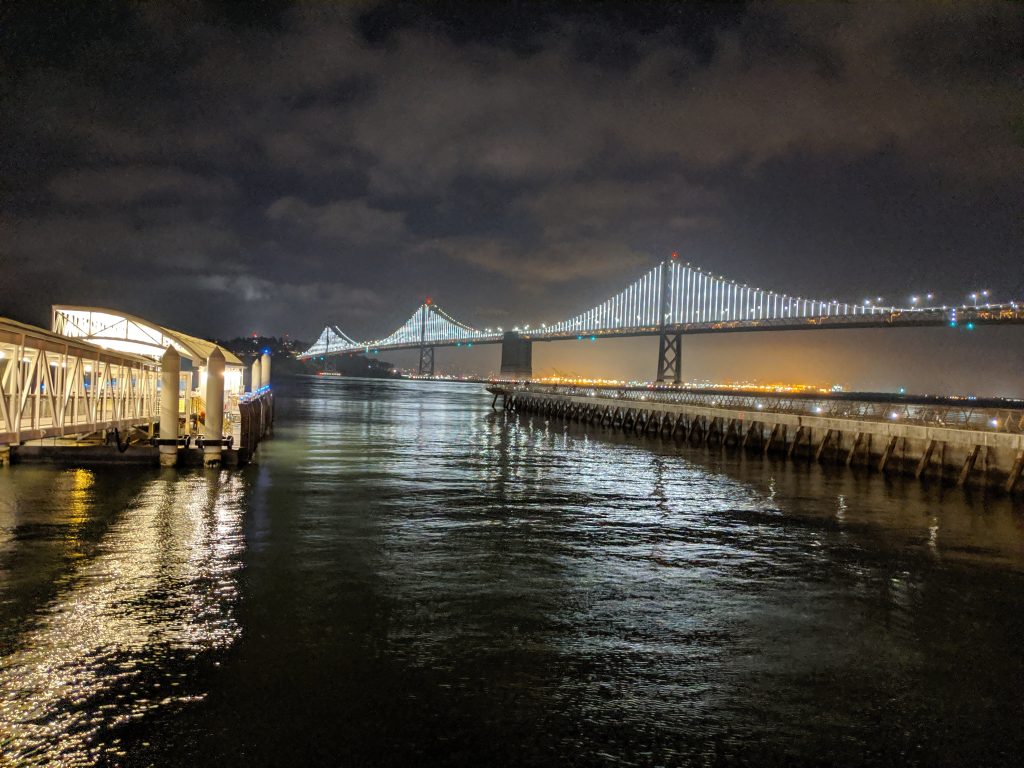 Even though both of us have visited San Francisco before, we were looking forward to seeing it again on this trip, and it did not really disappoint. Before arrival though, we took a trip to a Six Flags theme park for some thrills and spills. The park had some fantastic rides and we did not queue for long for any of them, which was a bonus. My highlight was a rapid, high, twisty ride called Superman; Kirsty’s highlight was me getting absolutely drenched by a waterfall on the river rapids!

Once we’d exhausted all the rides we wanted to do, it was down to our accommodation. San Francisco is ridiculously expensive so to save some cash, we booked an Airbnb in the neighbouring city of Oakland, where we stayed in the house of pleasant old lady called Merrill, who gave us plenty of useful pointers.

San Francisco is a fantastic city but we were keen to try and do things we hadn’t done before. One of those things was a quirky little place called the Museum of 3D Illusions, which is a bunch of large pieces of artwork that look 3D that you can then insert yourself into by standing on or in front of the art. Difficult to describe but actually looks very impressive in photographs, and the place was a great find.

Next up were some of the standard tourist attractions of San Francisco – the San Francisco dungeons, Madame Tussauds, the sea lions at Pier 39 (in case we hadn’t seen enough sea lions this trip!) and a ride on the cable car, the only such kind still working in the world.

The next day, the agenda was to drive down Lombard Street (the crooked street originally designed to stop cars speeding down the steep hill) and to drive to the top of the Twin Peaks vantage point to get a view of the city. It took a while to get to Lombard Street as San Francisco seemed to be digging up half of its roads so there were roadworks everywhere – then we got to Twin Peaks. In theory, from here you can see the whole of San Francisco and the Golden Gate bridge; in reality… well, here’s our best shot of the bridge:

Somewhat anticlimactic! Back on to the road and heading up the coast, the fog cleared away and we were back to the stunning views of the coast we have grown accustomed to now. As I write this, we’re in a motel halfway to our next destination of Portland, and will be leaving California as we head there tomorrow. Oregon will be the 15th American state I have visited, and am looking forward to ticking another one off! More updates in Oregon.

2 thoughts on “The City by the Bay”