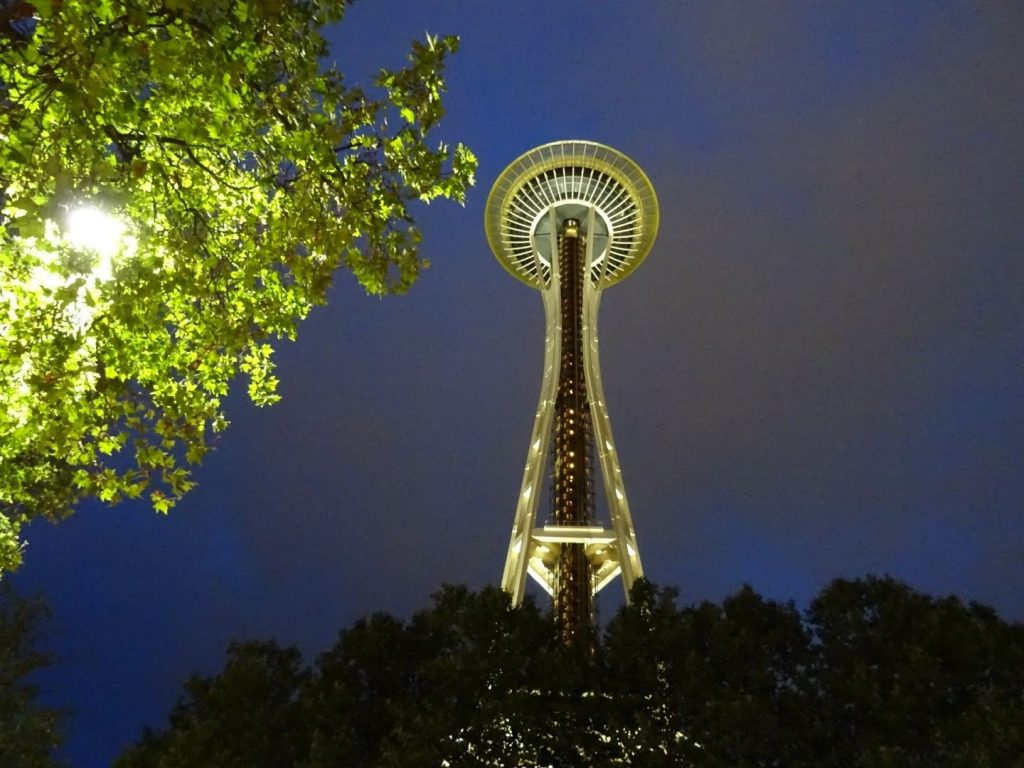 Onwards and upwards to Seattle, the last American stop on our road trip. In many ways, Seattle is a lot like London, with similar strengths – lots of varied stuff to see and do, a nice vibe, some hidden gems – and very similar irritations – it’s overcrowded and overpriced, lots of traffic, parking is extortionate or impossible to find. On some occasions we drove around the same block multiple times because there was nowhere to stop or park, which ate into our exploration somewhat.

Those frustrations aside, we enjoyed our first stop in Seattle, the area of Fremont. This is another quirky place with a bit of a Route 66 vibe, with various oddities to draw people in. One of these oddities is the Fremont Troll, a stone piece underneath one of the bridges sculpted to look like a bridge troll.

In the brief time we were there we must have seen the best part of a hundred people, so it certainly does the job of drawing the crowds. Other weird and wonderful things in Fremont include a “centre of the universe” roadsign, that indicates the distance and direction to some useful points around Fremont, but also to more random places like the Bermuda triangle, Xanadu and the Milky Way. There is also a rocket built into the side of a building, some statues waiting for a bus, street lighting shaped like planets… the place doesn’t take itself too seriously.

We also visited the Olympic Structure park, full of modern “art” pieces where the descriptions of life, existence, and what the artist was trying to convey bear no resemblance whatsoever to the piece of junk in front of us.

We hit a bar in the evening to catch some live music in the form of a pretty good jazz band, and then used Sunday morning to burn off a few (!) of those excess calories by taking a 3-mile walk around the Green Lake in northern Seattle. Finally, we did the proper tourist things, visiting the Museum of Pop Culture (some great exhibits about Prince and Nirvana, as well as general exhibits about horror films and music in game development), and then went up the Space Needle to watch the sunset. Unfortunately, once again, the weather had different ideas and the sun set behind clouds instead, but nonetheless it was nice to get a good aerial view of the city from 170m up.

And that concludes Seattle. In total, we covered over 2,400 miles from San Diego to Seattle, across 65 hours of driving, most of which being very pleasant. For the remainder of the trip we’re off on the shuttle bus through into Canada, where Vancouver – a city that’s been on my ‘to visit’ list for a while – is our final destination.

3 thoughts on “Sleepless in Seattle”